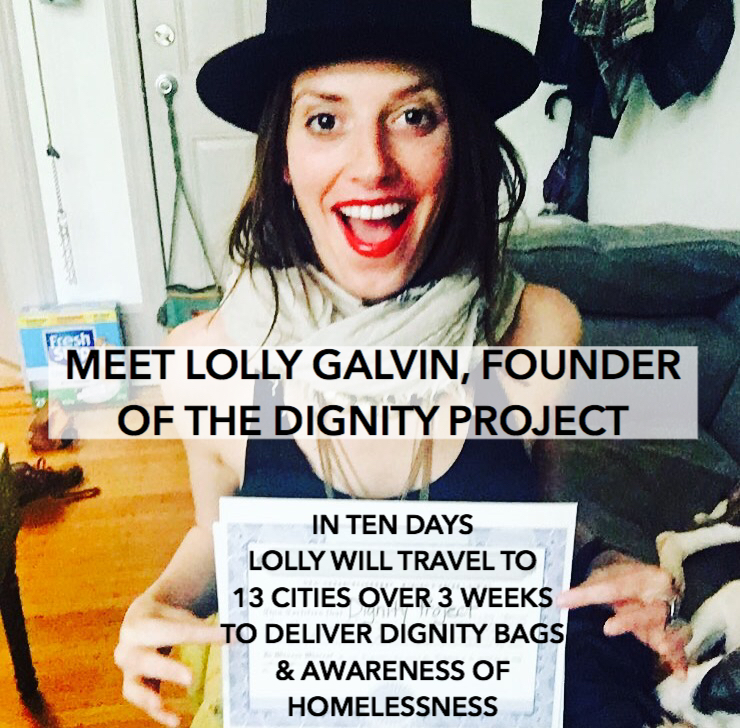 Meet Lolly Galvin from Philadelphia. Lolly is the Founder of The Dignity Project, a non-profit organization that provides essentials to the homeless while sharing their stories with others. The Dignity Project started from humble beginnings via a Gofundme account with a goal of $500 to do random acts of kindness. The goal was reached in 3 days and Lolly’s first act of kindness was taking a homeless man out to lunch. After posting his story, the reaction was overwhelming. Donations poured in and she came up with an idea to hand out ‘Dignity Bags,’ which are filled with essential toiletries as well as hand warmers, socks and gloves for those living on the streets of Philadelphia.

After reaching $2,000 she proposed a plan via social media to live in a van while traveling cross country to deliver dignity bags and bring awareness to homelessness in 13 US cities. Again, the response has been overwhelming.

Learn more about this compassionate effort in our conversation below. And gain insight on Lolly’s experiences with homelessness and how we can help make a difference in the lives of others.

Be You and Thrive: I know that the Dignity Project started from a Gofundme account with the goal of $500 to do random acts of kindness. Can you share your inspiration behind this original effort?

Lolly Gavin: I discovered Periscope, which is a live broadcast app. After using it for a short time, I noted that over 700 people had viewed my broadcast. I immediately thought that I could do something good with this. Without sharing with my friends, I started a Gofundme account asking for $500 in donations. My goal was to do random acts of kindness for ten people spending $50 per act of giving. (This original endeavor was acts of kindness to anyone, not just homeless people). However, my first act happened to be taking a homeless person out to lunch and I broadcasted his story afterwards. I took Tom out to lunch and everyone still talks about him and asks where he is. I’m still looking for him—he affected so many people! After Tom, I did various acts of kindness in a Nursing home, etc. But I found that whenever I did something for the homeless, it really touched people. An editorial ended up running in Philadelphia on CBS Philly, ‘Local Girl Gives Acts of Kindness for Homeless.’ And I took that as a sign that this was where I was supposed to go with this and I really loved working with homeless people, thus the movement evolved.

BY&T: Have you always had a passion for giving?

LG: My overall passion is for people and their stories. Anyone who knows me, knows that I believe in ‘no labels’ and that we are a powerful people when we come together. I really believe that you can do so little and affect people so much.

BY&T: And you are positively affecting people ‘much!’ Many years ago I was taught by a mentor to look at a homeless person in the eyes as they have a need to feel human too. I practice this and also greet them. Living in a culture of social hierarchy and raw fear for safety, what have you learned in your various experiences about the importance of human communication?

LG: I grew up in a small town and first met a homeless person when I got my drivers license. I gave them my family’s house phone number and said, ‘Call us if you need anything!’ I came home and shared this with my parents, and they were basically going to shoot me! (We share laughter). Many of us didn’t see that growing up, but now we see it everywhere. And I agree, we are living in a time where people are scared of their own shadows. We live in fear of everything. Making eye contact and sharing communication is so important to these people. The isolation that they have is unbelievable. There’s a statistic that states:

A homeless person hears their name once every three months.” Try to take the time and let them know that they are someone, not just a person standing on the side of the street. They are someone’s mother, or son or daughter. They have a story.

BY&T: In one of your social media posts you write, ‘…Children don’t see a homeless person as an addict or someone using the system or someone who should get a job. They see a person.’ Unfortunately there is a concept that homeless people are mostly lazy people without jobs who actually bring money in everyday. Can you share more about your thoughts on this?

LG: This reminds me of an article I once read about being able to make more in New York being homeless than being a minimum wage worker. The point was to say that homeless people are exploiting the system. Every class in American society is exploiting the system in one where another, so to look at the most vulnerable and the weakest people and put that all on them—to me, is being ignorant to something larger than itself. I do not see it that way. Of course there are homeless people that abuse the system, but you can’t differentiate each person. It’s about giving without judgment for me. There’s a lot tied into ‘the American way’; you have to work. But people aren’t aware that many homeless people did work for many years and that some may even have their Master’s Degree and many are homeless for a short period of time.

BY&T: …And your thoughts on how children perceive homeless people?

LG: I have brought my nephew with me and have experienced people giving to the homeless with their children. Kids are sponges and are naturally givers. Their view of homeless people is shaped by the view that their parents have. I applaud the parents that teach their children by giving them experiences of reaching out to homeless people. There are so many organizations, churches and outlets to do so. Why would you teach a child to go against their natural nature?

BY&T: You’ve put this passion of yours into action and your initial concept has evolved and ignited. You are really touching lives. I’m a huge believer that we all have unique gifts to share with others. Yet doubt or fear can detour us from taking action. Have you experienced doubt along this endeavor and how have you handled it?

LG: I think fear and doubt creeps up in everyone. There’s no person that is completely fearless or has no doubt about anything. When I first started doing this I thought, ‘What am I doing? I have no idea what I’m doing! This is a crazy idea! How am I going to make this happen?’ A lot of this came from having to put myself out there in social media in order to make this happen. And then I thought, ‘What do people think of that.’ Some people wrote an article on social media—some really negative things.  I thought, ‘Why would I give any of this relevance when I’m getting so much positive energy from other people.’ My advice is to take the positive energy and let that feed you. And then, just do it. Ignore what other people can’t see. There are a lot of people that aren’t going to be able to see what you see. You have to be confident in yourself and in your mission and goal. When you have a real passion and purpose it becomes easier.

BY&T: Your story is truly incredible and it continues to grow. After reaching $2000 in donations, you proposed a plan via social media to travel to 13 cities cross country in a van to deliver dignity bags and awareness of homelessness. And as of now, over 200+ people worldwide have given donations of well over $10,000. How do you feel about the incredible support?!

LG: I’ve always believed that people are inherently good and they will help you if you ask. They want to do good. I know that a lot of times people think I’m naive or an optimist who doesn’t see the world as it really is, but to me I’m looking at the world and what do I see? Over 200 people giving donations to help other people. And then I see them go out into their cities and do the same thing. This has affirmed my worldview that we are good people. Of course there are some bad apples here and there, but people will surprise you. You just have to put yourself out there. You cannot walk around in the world and say, ‘This world is terrible,’ or ‘I am unhappy with society.’ You have to go out there and see for yourself. You have to make the changes you want to see on your own, before you complain or before you make sweeping statements. Give yourself the opportunity. It can be small or big—whatever it is, you are giving a chance to let people surprise you with their actions. Because they will.

Learn More about The Dignity Project.

Make a Donation:
Donate Dignity Bags for the homeless
Volunteer: Join The Dignity Project at one of these 13 locations:

June 2016 Tour Update: Since this interview with Lolly, she completed her cross country tour. Read her tour recap here and be inspired with a renewed outlook on humanity. 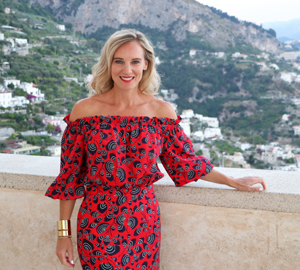 Hi! What a joy to connect with you! I’m ‘D’ (short for Dannielle). If you have a desire to become all that you are uniquely intended, you’re in the perfect place.  …JOIN ME! 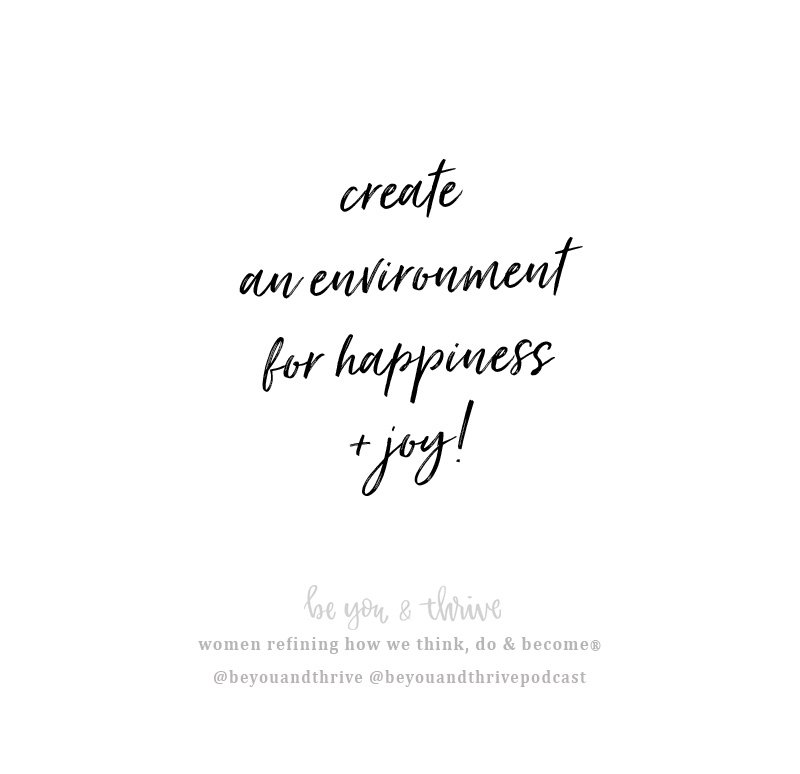 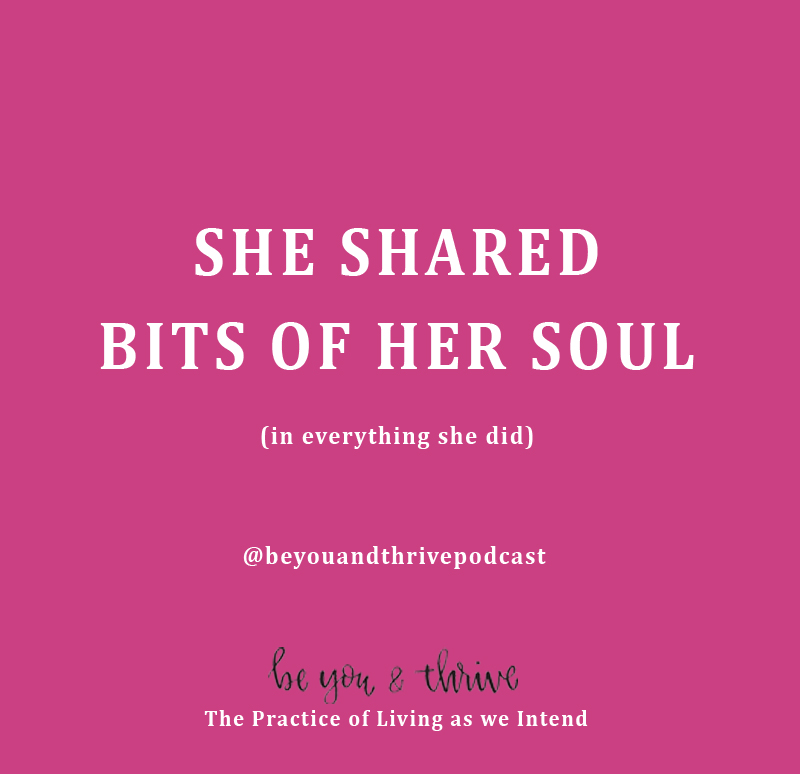 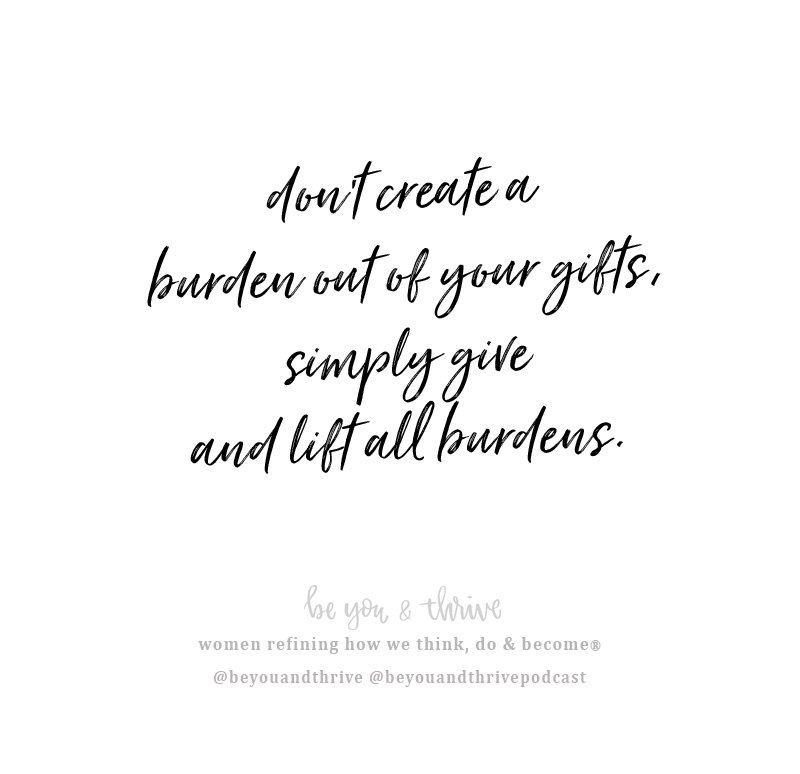 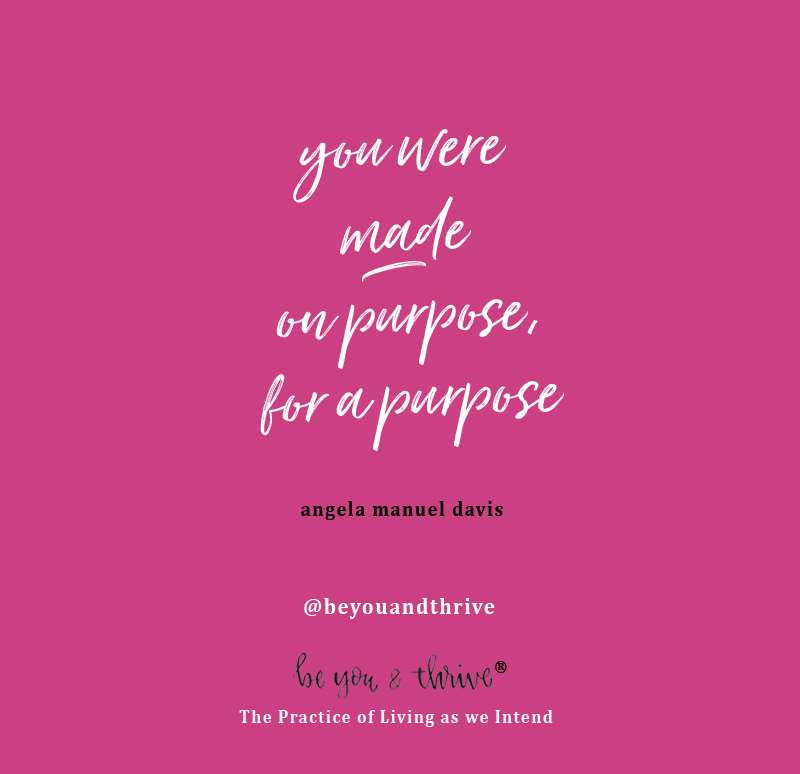 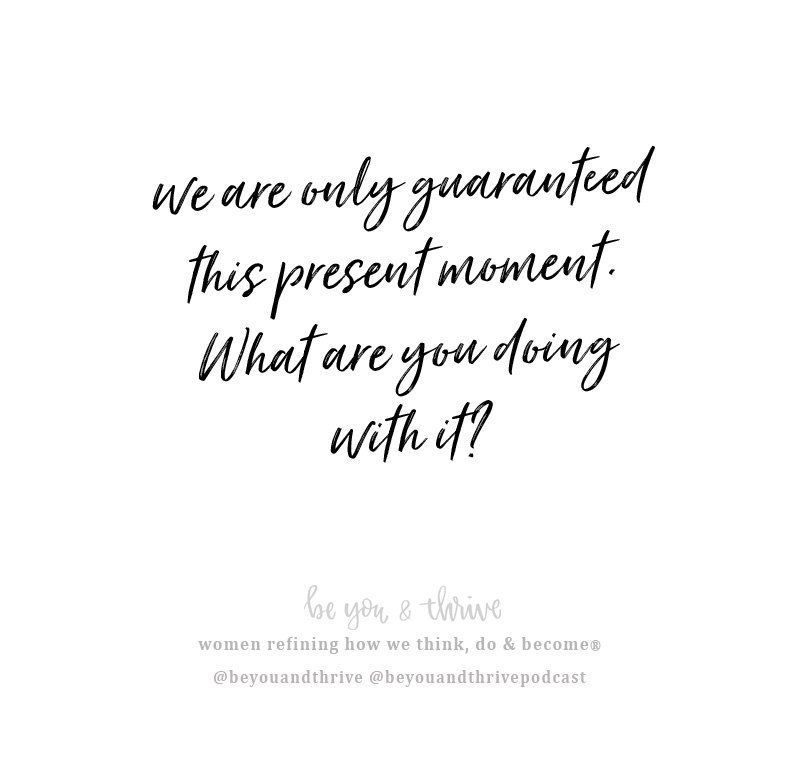 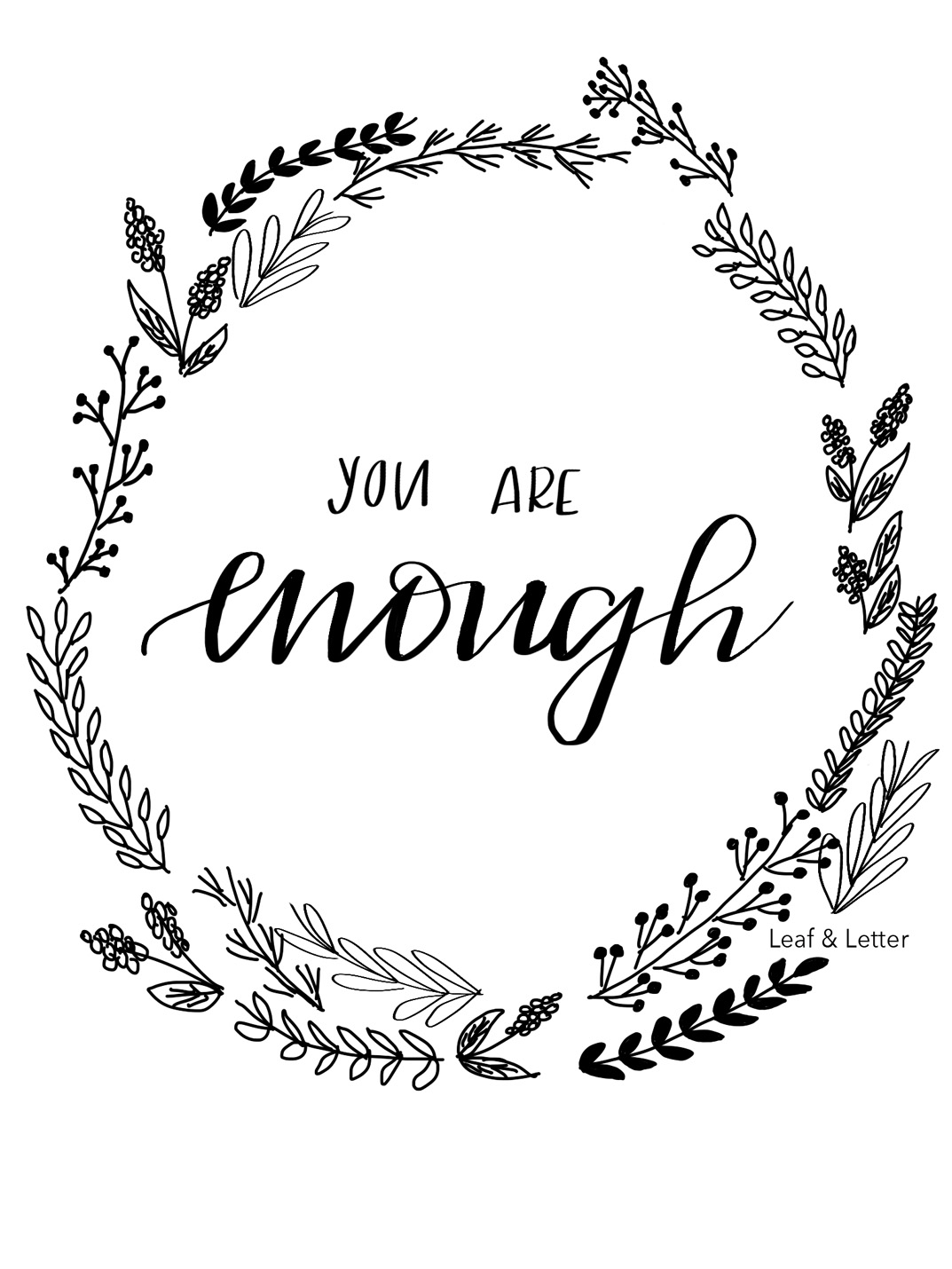 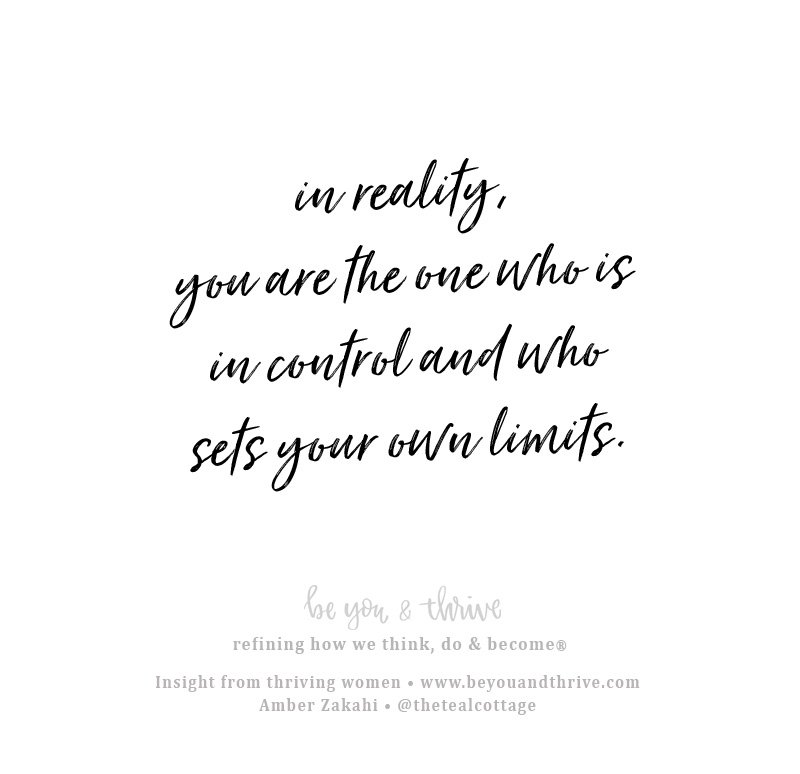 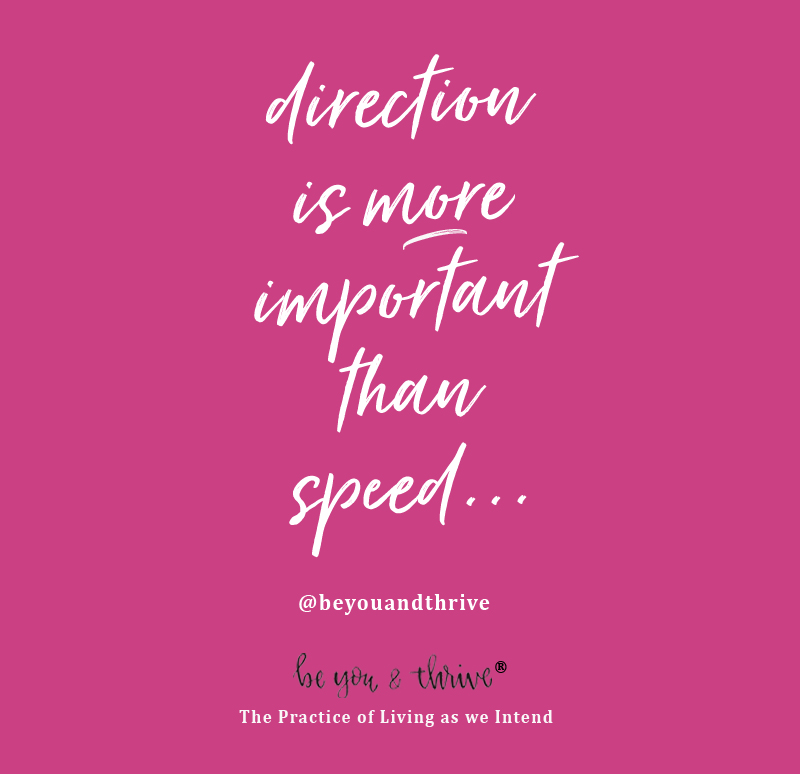 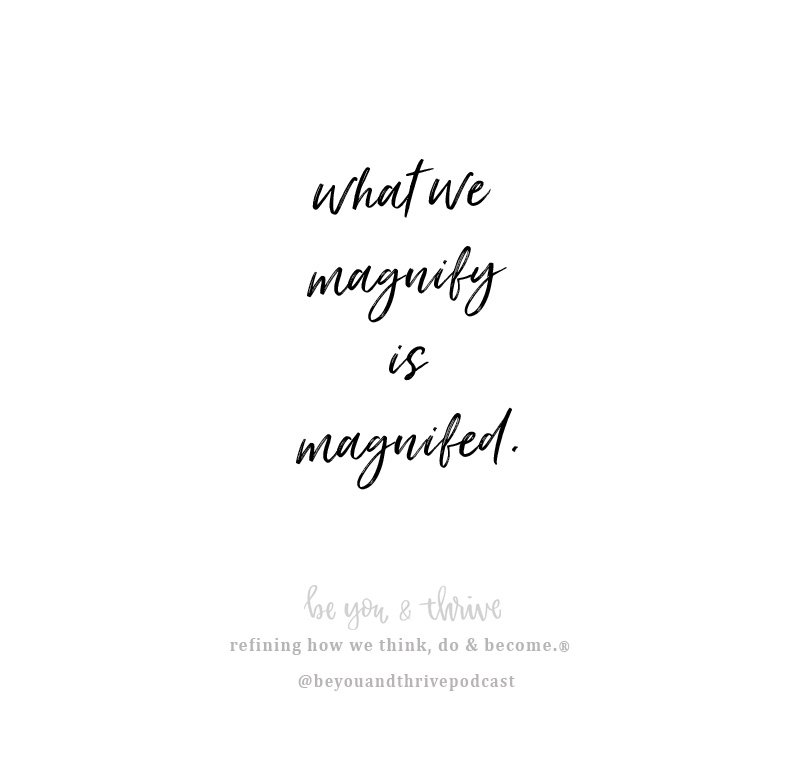 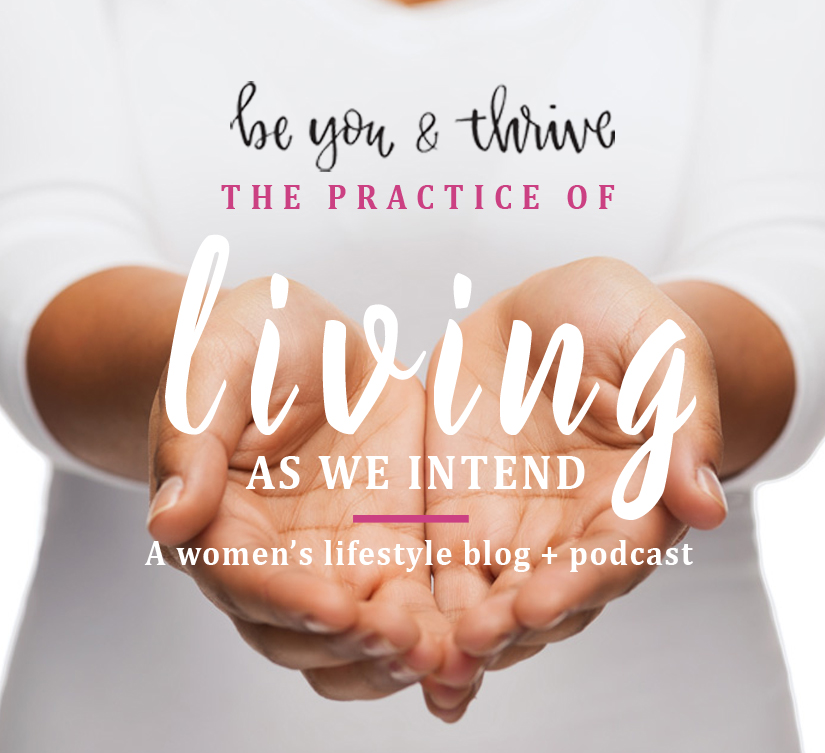 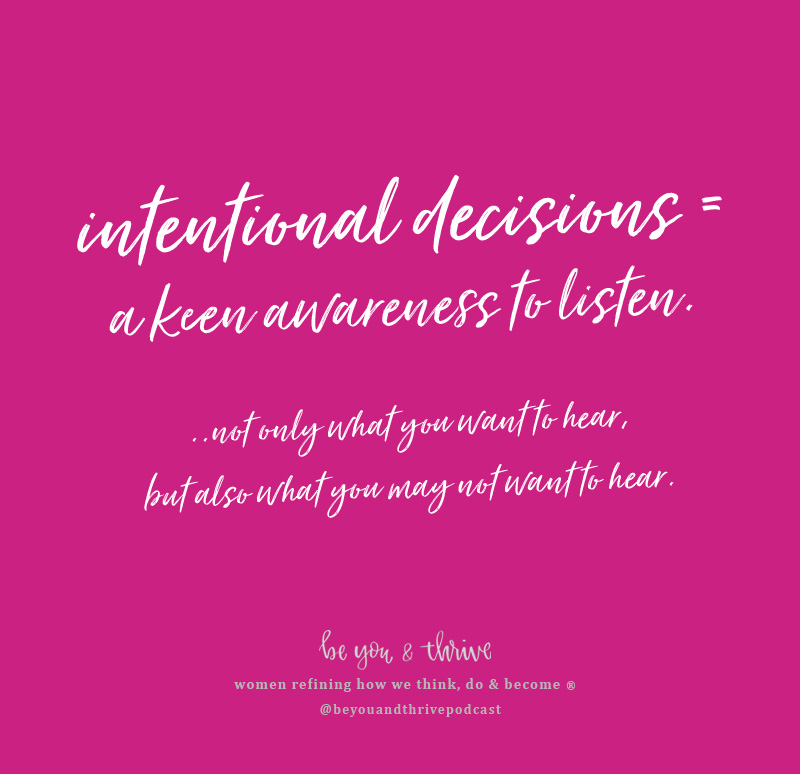 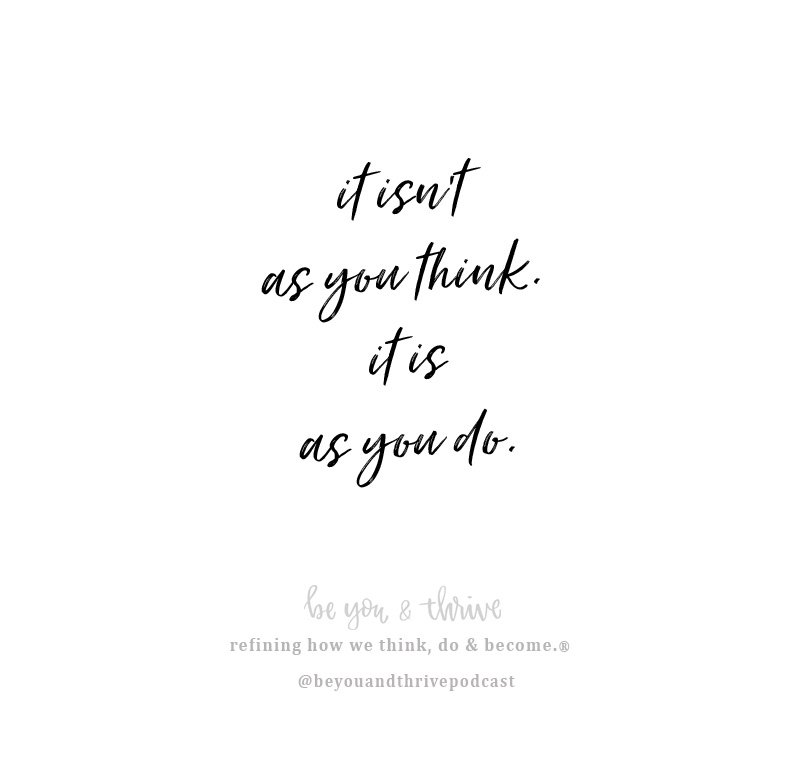 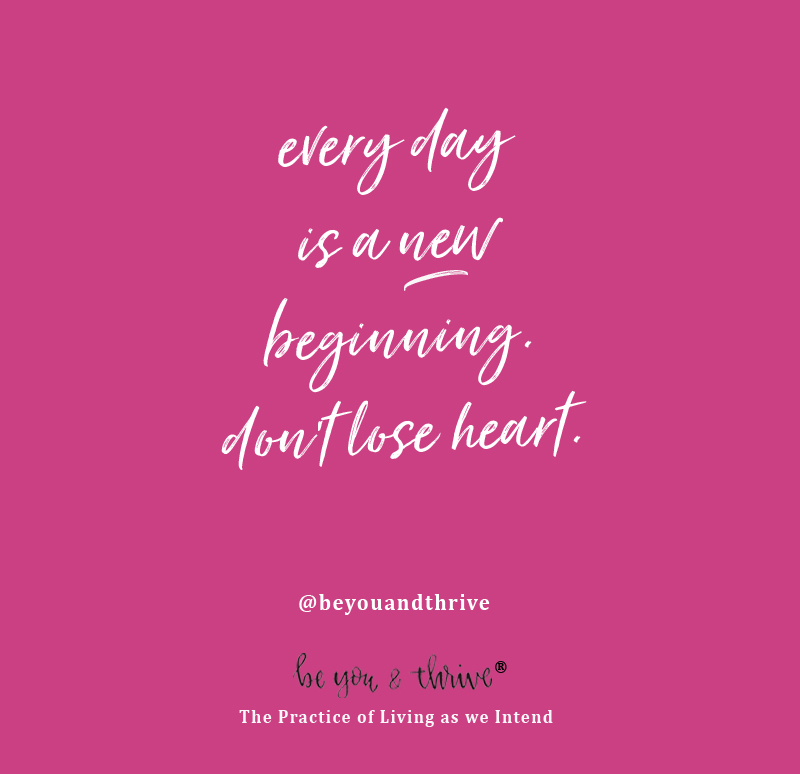 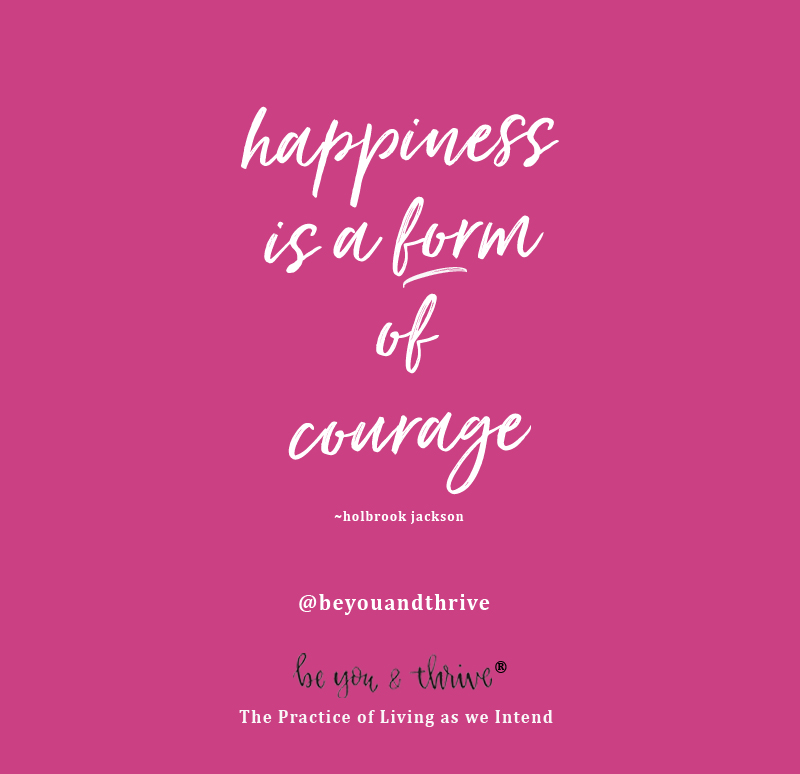 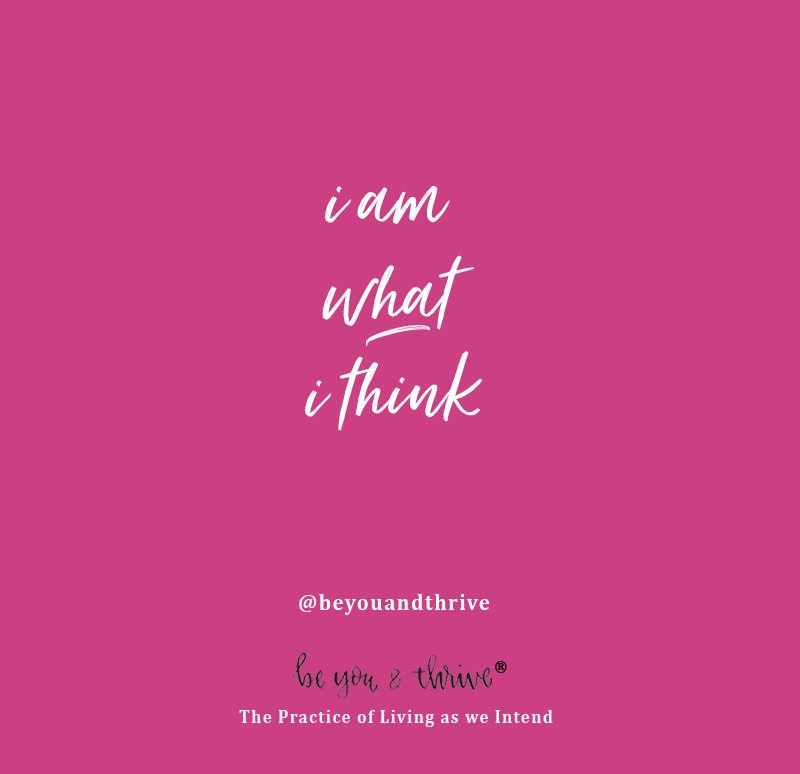 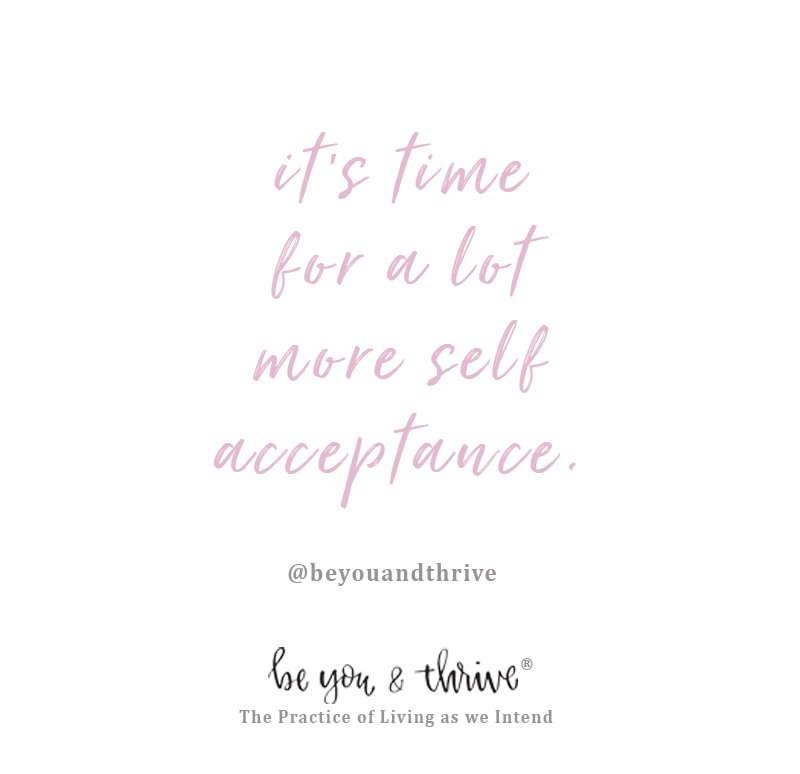 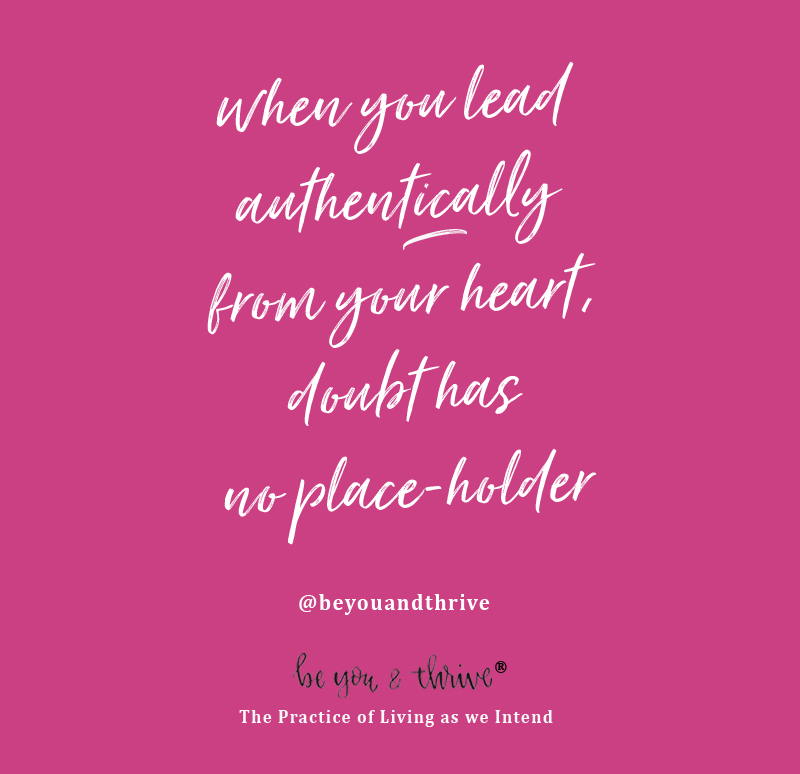 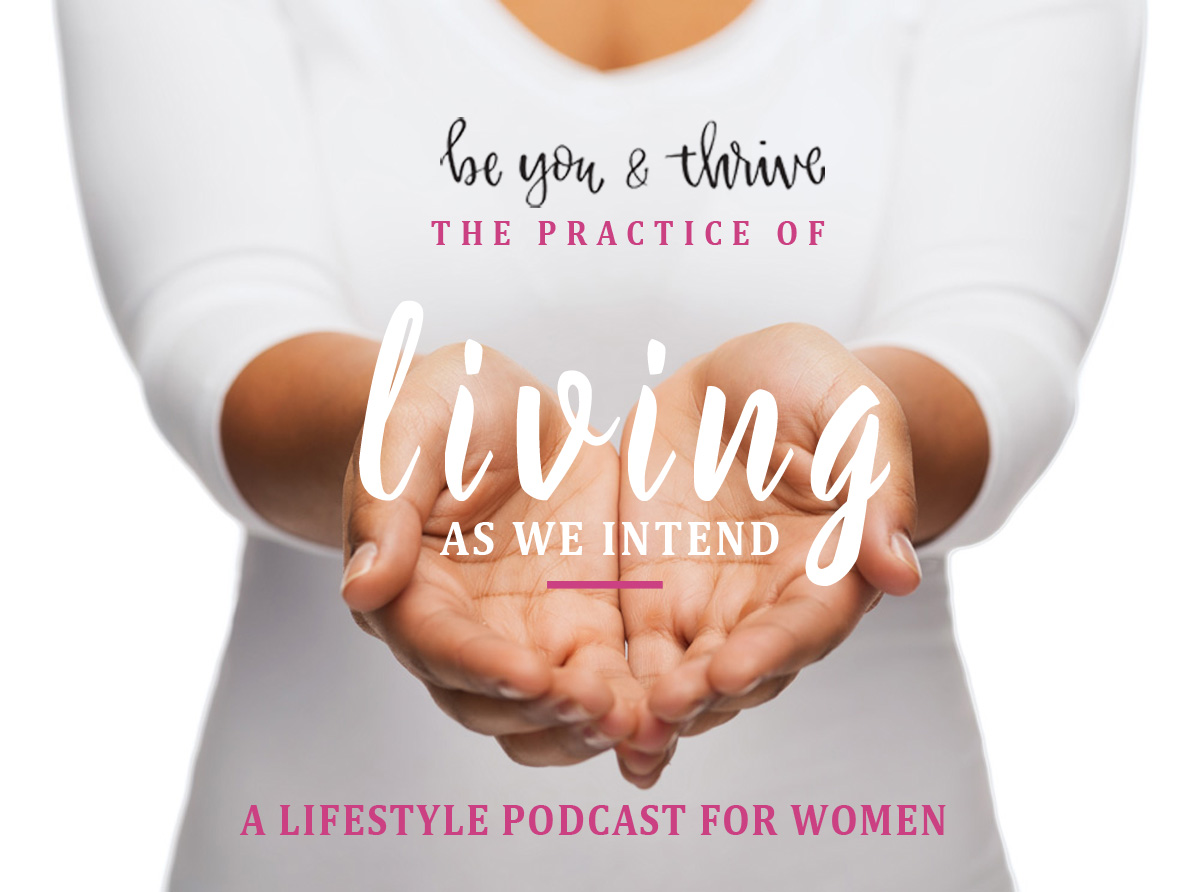 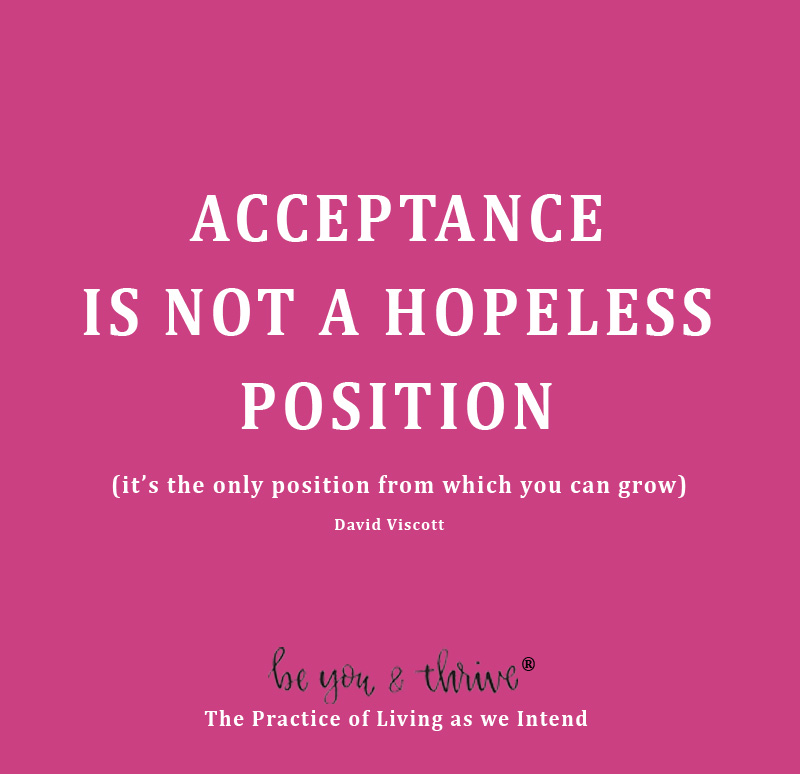 Becoming all that you are intended...

The power of choice